North Carolina claims a long and rich history in the arts, and the southern coastal region nurtures this heritage through a wide range of cultural opportunities. Wilmington, with its coastal and historical ambiance, competes as a major center for the visual and performing arts. The city's lively downtown area is the hub of arts organizations and activities for the region, and it lures 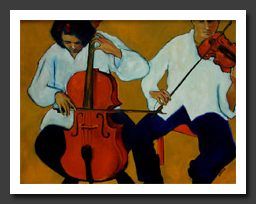 musicians, painters, actors, writers, filmmakers, sculptors and dancers to the coffeehouses and cafes to discuss their crafts. On any given day year-round the community's calendar overflows with diverse and intriguing cultural events.

Residents and visitors to the southern coast find exciting entertainment showcased by the many established institutions devoted to the arts, including the Thalian Hall Center for the Performing Arts, Louise Wells Cameron Art Museum in Wilmington and the Odell Williamson Auditorium in Brunswick County. These institutions host nationally and internationally renowned artists, as well as local and regional talent.

In addition to a community already rich in theatrical talent, the film industry established a working movie studio in Wilmington in 1985. The studio attracts film production companies and professional actors to the area on a regular basis. Often, while working on location here, many of these actors -- John Travolta, Sandra Bullock, Paul Newman, Linda Lavin and Pat Hingle, to name a few -- share their expertise with local actors and thrill audiences with performances on area stages. Some, like Mr. Hingle and acclaimed actor Henry Darrow, choose to stay and become a part of the working arts community.

Cinematique, an ongoing showcase for "classic, foreign and notable films" is jointly sponsored 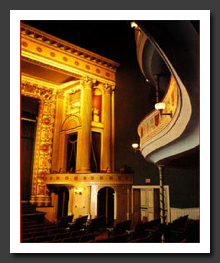 by public radio station WHQR and the Thalian Hall Center for the Performing Arts. The films are shown in Thalian Hall, where the palpable history and opulence add an amazing mood to the screening. On occasion, capacity crowds have held a popular film beyond the normal Monday-through-Wednesday-night screenings.

Music is another vital part of the regional arts scene. Wilmington has its own symphony orchestra, a vibrant chamber music series, a regular concert series and dozens of ensemble groups ranging from professionals to enthusiastic amateurs. On a daily basis, local clubs and restaurants serve up a stimulating offering of live music from every imaginable genre.

Theater companies are plentiful and employ the talents of local writers, musicians and performers. There are several stages in town, including Thalian Hall, Kenan Auditorium and Trask Coliseum at the University of North Carolina at Wilmington, Citystage in the historic Masonic Temple downtown and the Scottish Rite Temple.

The visual arts occupy a prominent position in the cultural experiences of North Carolina's southern coast. In addition to several commercial art galleries, particularly in the Greater Wilmington area and Southport, the region has Louise Wells Cameron Art Museum, regarded as one of the finest art museums in the Southeast. Local artists also exhibit their work in area restaurants, coffeehouses and upscale shopping centers.

North Carolina's southern coast region is a rich environment for the arts, offering a variety of opportunities for both creating and enjoying the cultural arts. This chapter lists just a sampling of the arts scene in the region.